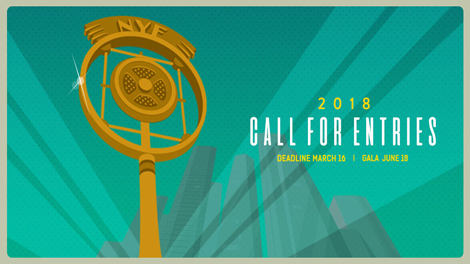 “When you talk about the media landscape, there is no doubt that Digital has been transformative in every way imaginable. So, this year, we renamed the existing Online and Satellite groups to Digital and augmented that content area with Best Digital Documentary and Best Digital Special Event. Our Advisory Board has been a great help in making sure we continue to recognize innovation and excellence,” said Ms. Anderson.

NYF’s Radio Awards enlists jurists from all over the world to become members of their world-class Grand Jury, who include some of the most world’s recognizable voices and captivating content producers in the radio industry. Entries are judged on production values, organization, presentation of information, creativity, and use of the medium.

The International Radio Program Awards receives entries from radio stations, networks, and independent producers from over 30 countries around the globe. The mission of the competition is to honor the World’s Best Radio Programs℠.

The deadline to enter the 2018 Radio Awards competition is March 16, 2018. To enter go to: Log In and for additional information go to: Rules and Regulations.

Production Hub is the official media sponsor of the 2018 Radio Program Awards.

Press inquiries should be directed to Gayle Mandel: Gayle.Mandel@NewYorkFestivals.com, Ph: 1 212 643 4800.

Celebrating the World’s Best Work since 1957!