Europe
Happiness / an FCB alliance, Belgium was in the spotlight this year earning the 2019 AME Best of Show (Grand Award) and the AME Regional Platinum Award-Europe for “BlindMeters” for OVK / PEVR (Parents of Road Victims). BlindMeters.com, a geo-located platform turns Google Maps into a text editor that gives insight into how many meters you are driving blind when texting and driving. A custom-made font stretches to the exact number of meters you miss. Over 5 million blind meters were typed onto the platform BlindMeters.com after just 24 hours. All National and Regional newspapers, news-sites and national TV-channels covered BlindMeters.com. Resulting in millions and millions of meters of press coverage. The agency earned an additional Gold for “BlindMeters” and “Behind the Numbers” for OVK / PEVR.

“The ‘best of show award’ definitely is the second-best thing that can happen to our ‘BlindMeters’ campaign. The best one obviously being saving the largest possible number of lives. I’m truly honoured by this award. This was a huge team effort by both the Happiness Brussels and Saigon offices, since everything was done in-house. But special thanks out to all those parents who make up the ‘Parents of road victims’ organization for their never-ending effort to help save lives.”—Geoffrey Hanston, Chief Creative Officer / Co-Founder, Happiness Belgium

Serviceplan Group Germany earned 2 Gold AME Awards for “Adoptify” for Tierschutzverein Muenchen e.V. The campaign teamed up with Spotify to create “Adoptify” matching shelter dogs with potential owners based on their musical tastes. When listening to music on Spotify, video banners suggested dogs whose taste in music matched the listener’s own music choices. Within one week, all featured dogs were adopted. Successful results include press coverage in over 80 countries, 70 million media impressions, earned media of 6.5 million Euros, a 340% increase in adoption enquiries and world-wide animal shelters adopting the campaign.

Heimat Werbeagentur GmbH struck Gold for “Share Your Buy” for Share, a social food brand with the belief that everyone is willing to give if sharing is easy. With every Share product purchased a portion of food, one day of drinking water or soap is donated to a person in need. A scan using a tracking code allows consumer to see where their donations will go. Results—More than 1 million. products sold in the first 4 weeks, the start-up ended with a total of over 6 million products sold in 2018. Media coverage and reach were over 200 million media impressions with over 14 million EUR earned media.

Share GmbH earned the AME Gold Award for “share” for their launch campaign that introduced the brand as the first social FMCG brand to provide qualitative goods for consumers while offering to help to those in need. Share was listed by Germany’s biggest retailers in more than 5000 stores, selling over 1 million products and it became a role model for other companies. The World Water Day (March 22nd) “well challenge” was brought to life, where 50,000 water bottles sold resulted in share’s first drinking water well.

Asia-Pacific
ADK Taiwan was in the winner’s circle earning the AME Regional Platinum Award-Asia Pacific for “Rhythm of Love Wall” for 7-Eleven Taiwan. An interactive installation with 12 pairs of realistic hands capable of creating 200,000 continuous rhythms to applaud donations encouraged consumer to donate spare change. Donations were also collected via the mobile website, with user-generated content transmitted back to the installation and heard in store. Donations raised were up 200%, resulting in a record-breaking high and with $9,680,000 in media impressions.

“We are thrilled to know that Rhythm of Love Wall earned AME Regional Platinum Award, it’s obviously an exciting surprise to ADK team and 7-ELEVEN CSR. We have been trying to figure out a non-traditional way which can break down the cultural and language barrier to make more people realize that “do not think any virtue trivial, and so neglect it.” So even if only donating a coin, it will help people and deserves to be encouraged. Thanks to AME award’s recognition, we couldn’t be happier with this result and will keep working hard on doing more creative and effective things!” said Richard Yu, Regional Chief Creative Officer, Greater China, ADK.

McCann Health Japan earned 3 AME Gold Awards for “Washable Book” for Save the Soap Project. ANGFA, a Japanese health and hygiene company was inspired to help take the Japanese sales of their germicidal soap and ‘gift’ the same amount to the children of Cambodia – where hand-washing is not a part of the culture. The campaign utilized employed a low-tech innovation that transformed reading into physical learning and inspired behavioral change to prevent disease. Results include 1.5 billion media impressions in 3 weeks and 18 times more bars of soap gifted that projected. Reprinting is in progress for roll-out into other developing countries and Washable Book is changing children’s futures, by changing their behavior.

ADK Fortune India was honored with the AME Gold Award for “#ShutThePhoneUp” for client Manforce Condoms, the campaign provided thought leadership for the brand through an initiative to inform and alarm people about the perils of filming their intimate moments. Suddenly safe sex had a new definition, with 50 million+ views on social platforms, it became the biggest viral video of the year with extensive media coverage by over 50 online and offline publications and a 255% rise in the over-all YouTube subscriber base of the brand.

Leo Burnett Australia’s campaign “For every bachelor and bachelorette: How we shifted the narrative around the marriage equality plebiscite” received the AME Gold Award for Australian Marriage Equality. The campaign showed what the ‘yes’ vote really means for same-sex couples by using real wedding footage crowd sourced from same-sex couples. Results—estimated 58% of the voting public was reached (+33% above target), exceeding the objective by +132% , generated a global reach of 20M+, with the total TV reaching over 2M people, achieved an estimated 15.3M impressions across social media with 4.8M social video views with coverage from over 100+ publishers and news outlets praising the idea and Australian’s voted 61.6% majority to legalize same-sex marriage!

“It’s a truly exciting achievement for the McCann & RB partnership. It’s a recognition of the passion and discipline with which we approached this challenge for Mucinex and a celebration of the power of cultural insights and perfectly timed creative. Couldn’t be any prouder!”—Zulay Tomasiello, SVP Group Strategy Director, McCann Health New York

Publicis Sapient was honored with the AME Green Award for their campaign “Save the Food – Phase Two” for the Ad Council that raised awareness about food waste. Utilizing film, print and OOH pieces, along with a series of digital tools and content, the campaign helped people fight food waste. With 2.1 billion media impressions and $86 million in donated media, “Save the Food – Phase Two” has been featured in major publications including New York Times, TIME Magazine, Mashable, USA Today, NPR, Huffington Post, National Geographic and The Guardian. Results—54% of Americans listed food waste as one of the country’s top three biggest problems and Congress introduced “The Food Recovery Act” earlier this year—a bill with over 12 measures aimed at reducing our food waste.

Zulu Alpha Kilo Canada was honored with 2 AME Gold Awards for “Reskinning Queen Street West” for Consonant Skin Care. To launch the new flagship location in in Toronto’s trendy Queen West neighborhood the agency looked for media placements that were unexpected and pursued ‘found OOH’ through guerilla takeovers and partnerships with local businesses to spread the word in the community. Results–Strong opening day sales, higher non-sale opening day sales than the two previous store openings with 100% higher-than-average transactions and doubled projected coupon redemptions, 95% from new customers and an increase in new consumers. The Drum, Europe’s prominent marketing and media platform, named the campaign as one of “the top five most impactful ad campaigns of 2018 so far.”

Ketchum USA earned 2 AME Gold Awards for #CoverTheProgress for Discover Puerto Rico. The campaign aimed to influence influencers demanding fair and forward-looking media coverage on the one-year anniversary of Hurricane Maria. Barely 10 percent of most disaster anniversary coverage is positive, #CoverTheProgress was 70 percent positive. In one year, 11,106,034,501 media impressions were generated declaring the Island open for tourism, the coverage alone generated 1 billion earned media and social impressions in a four-month span. Puerto Rico was named the #1 place to go in 2019 by The New York Times (“52 Places to Go in 2019” – Jan. 10).

AHLOT’s (A Higher Level Of Thought) Canada “Cannabis Curation Committee campaign” scored the AME Gold Award. AHLOT found a way around Canada’s strict restrictions for advertising cannabis and used a corporate recruiting approach. The winning campaign searched for 5 cannabis experts. Ads featured euphuisms like, “Do you dance with the devil’s lettuce?” showing a head of lettuce wearing red plastic horns targeting cannabis users about hiring at $50/hour. The target for the 4-week campaign was 3000 job applications to fill 5 positions, results were 24,301 applications and 70,245 new email addresses collected, in addition, 26,060,354 digital media impressions were generated without PR and news media coverage spiked with 198 pieces published on 6 continents. 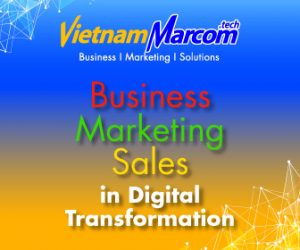