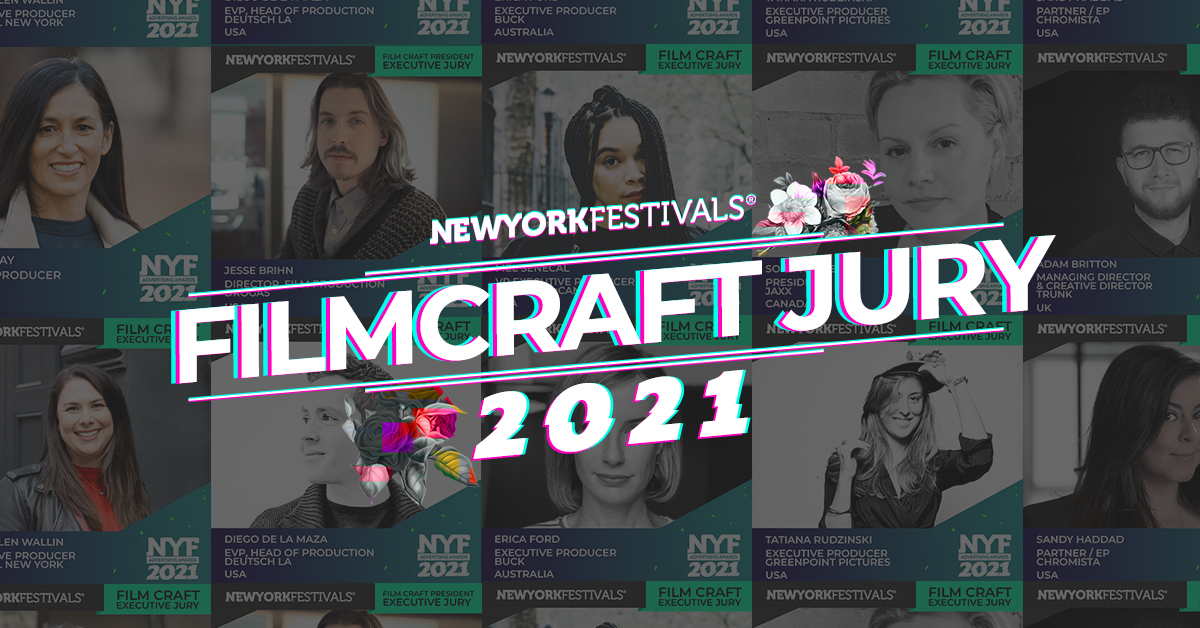 New York, NY – March 23, 2021: New York Festivals® Advertising Awards has recruited some of the most creative production experts and filmmakers in the industry to participate on the 2021 NYF Film Craft Executive Jury.

This esteemed panel of industry professionals are dedicated to creativity and the aesthetics of filmmaking and will collectively and passionately review the innovative Film Craft Finalists selected by New York Festivals online Grand Jury.

“We’re thrilled that this highly respected creative collective of experts dedicated to the craft of film production are on board to judge NYF’s Film Craft entries,” said Scott Rose, Executive Director, New York Festivals Advertising Awards. “With Jesse Brihn at the helm and this impressive panel of jurors thoughtfully reviewing film entries from around the globe, entrants can be sure that exceptionally executed and innovative filmmaking will receive the recognition it deserves.”

2021 Jury President Jesse Brihn will convene the 2021 NYF Advertising Awards Film Craft Executive Jury this coming June. As an award-winning multidisciplinary producer, he brings years of film experience to his role as Jury President.  Jesse built a career on traditional advertising done in nontraditional ways. He produced some of the earliest award-winning viral films for Ray-Ban, Adidas, and Motorola. At Droga5, Jesse leads campaigns for clients including Under Armour, Google, Johnsonville and the highly regarded Hennessy V.S.O.P film “Harmony. Mastered from Chaos.” 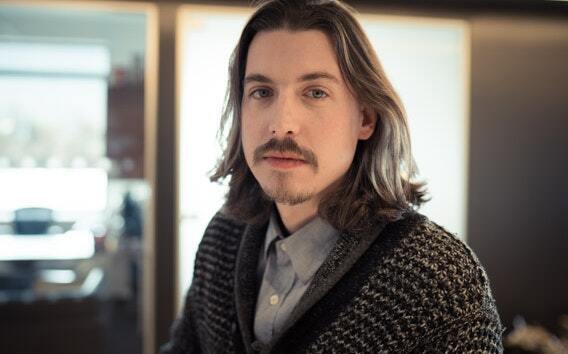 Jesse had this to say about what he will be looking for when judging entries this year: “I do think it’s going to be a competitive year despite Covid. I think there’s a lot of great work done this year…it’s hard to say what’s going to resonate until you see it,” said Jesse Brihn, Director of Film & Content Production, Droga5. “The things that speak to me are the ones that can connect this idea of art in what we do and how we communicate, and the idea of what the client is intending to do and how it’s being supported in this form of art and how they come together. If you feel passionate and it’s worth a conversation, then you should share it.”

All entries into the 2021 NYF Advertising Awards competition will be judged by 400+ members of NYF’s Executive Jury and Grand Jury, a panel of prominent global creative minds, who collectively select the World’s Best Advertising®.

The deadline to enter the 2021 New York Festivals Advertising Awards is April 2nd. For more information on categories, rules and regulations or to review the 2021 entry guide visit: HERE.  To enter this year’s competition, visit: HERE.

Celebrating the World’s Best Work since 1957