ADFEST IS NOW CALLING FOR ENTRIES TO THE ADFEST 2019 AWARDS 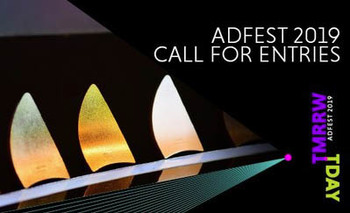 AdFest has introduced four important changes to next year’s Lotus Awards categories. The festival has introduced the eCommerce Lotus, recognizing the rise of retail innovators and brand campaigns. AdFest has also renamed the Promo Lotus category, which is now called Brand Experience & Engagement Lotus. The Radio Lotus category has been renamed Audio Lotus to reflect the innovation occurring within the radio category through podcasts and digital technology; while the Branded Content Lotus category will now be called Branded Entertainment Lotus.

Jimmy Lam, President of AdFest, said, “The decision to introduce the eCommerce Lotus category recognises the rise of eCommerce in this digital era and we believe the sector will continue to grow as consumers behavior increasingly shift to a cashless society.  The renaming of some Lotus categories next year is also reflective of their more inclusive and up-to-date definitions.”

AdFest’s most prestigious categories are the INNOVA Lotus, recognizing the region’s most innovative ideas, and Lotus Roots, which is the only award in the world celebrating the creative impact of local culture.