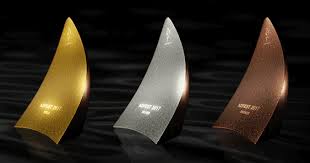 The fifty-six Juries invited to judge the Lotus Awards at ADFEST 2017 hail from twenty cities, in Asia Pacific and the Middle East, as well as New York, the home base of Ted Royer, Chief Creative Officer of Droga5 and Grand Jury President of ADFEST 2017.

Heading up the Super Eight Jury Presidents, Ted Royer gave his impression of this year’s entries, “This year I’ve seen ideas that are going into unchartered territory in a great way, and innovations that I’m really happy exist in the world now. It’s been especially fun judging work that emerges from local insights, yet can be appreciated by people all over the world.”

Details of ADFEST Juries and Super Eight Jury Presidents is available on the ADFEST APP and official event website www.ADFEST.com

The winners of the Interactive, Mobile, Print Craft, Design, Direct, Promo, Press, Outdoor, New Director and Film Craft Lotus were announced at the end of the third day at the twentieth ADFEST, held at PEACH, Royal Cliff Hotels Group in Pattaya, Thailand.

This year there were 204 entries for Interactive Lotus. 15 awards were announced, including 4 Bronze, 8 Silver and 3 Gold. No Grande Lotus was given out for the Interactive category.

Interactive and Mobile Jury President Yasuharu Sasaki, Head of Digital Creative & Executive Creative Director of Dentsu Inc., Tokyo said “Interactive is moving beyond advertising to provide useful experiences and services. This year, we judged educational tools for children, DNA glassware, and a lot of brand experiences that are not just about selling product. We did not award a Grande Lotus in this category, so I would still like to encourage more creatives including junior creative to enter their work next year.”

The four Gold Awards were won by:

Mobile Lotus received 89 entries. There were 17 awards given in the category, including 6 Bronze, 7 Silver, 3 Gold and 1 Grande Lotus awards.

The Grande Lotus for Mobile was awarded to work for Google entitled, ‘Kibo Science 360 – A Space Experiment with Google’ by Dentsu Inc./Dentsu TEC Inc., Tokyo in the Mobile Game category.

“We awarded the Grande Lotus to “Kibo Science 360”, which is a VR experience using a cardboard helmet to give kids the experience of being on a space station. This idea is futuristic, inspirational and it can be extended to a lot of different realms – it may even inspire some children to become scientists or astronauts.”

Gold awards in Mobile were handed out to three agencies:

Jury President for Design Lotus and Print Craft is Pann Lim, Co-Founder and Creative Director of Kinetic, Singapore summarized by saying, “If we are talking about pushing boundaries in Print, we didn’t see much growth in that area. The craft was there, but as with everything dealing with art, it’s very subjective – everyone on the jury had their own favorites. What I would like to highlight is the diversity of the panel, and the diversity of the work we saw, which gave our discussions great breadth. Print will never be dead, and this year’s winners show there will always be room to express our ideas on paper.”

Design Lotus received 242 entries. There were 29 awards given in the category, including 4 Gold, 11 Silver 13 Bronze and 1 Grande.

Design & Print Craft Jury President, Pann Lim, Co-Founder and Creative Director of Kinetic, Singapore said “We saw a lot of diversity in the Design category, and a lot of good ideas in the Design Innovation category, although we weren’t just judging ideas but their execution, too.”

“The jury unanimously honoured this project because it not only pushes the boundaries of creativity but signals that a good idea can change society in a positive way, and it affected change in the community. I know not every project can solve real human issues, but this project is not only creative but creates spaces for the community to play together. It’s very fresh, I’ve never seen anything like it,” says Lim.

Dentsu had a hand in all four Golds awarded in Design Lotus.

Direct Lotus received 256 entries. There were 34 awards given in this category, including 10 Bronze, 15 Silver and 8 Gold, plus a Grande Lotus award.

The Direct Grande Direct Lotus was awarded to Thai Samsung Electronics/Thai Association for the Blind’s ‘Touchable Ink’ by J Walter Thompson, Bangkok in Best Use of Technology category.

Direct & Promo Lotus Jury President, Chief Creative Officer for Hakuhodo Asia Pacific, Bangkok Woon Hoh commented, “The Grande Lotus winner demonstrated a very interesting use of technology that was used in a most refreshing way – and it’s coming from a big brand. This piece of work stands out, it’s ‘I-wish-that-I-had-done-it’ kind of work.”

The eight Gold Direct Lotus Awards were handed out to:

BBDO Bangkok picked up two of the Direct Lotus Gold awards for:

Woon Hoh expressed his view of the overall quality of work for the Direct Lotus category, when he summarised, “I’ve been following ADFEST’s Direct and Promo categories for the past few years. Personally, I think the quality of this year’s entries is a lot higher compared to previous years. We had a hard time selecting winners. I was very excited when I stepped into the room on the first day, and I’m still excited now, after the judging.”

Promo Lotus received 248 entries. There were 33 awards given in this category, including 11 Bronze, 15 Silver and 6 Gold, plus a Grande Lotus award.

The winner of the Grande Promo Lotus was announced as Nescafe ‘The Dead Hour by Nescafe by McCann Worldgroup India, Mumbai in Best Use of Film & Radio category.

Direct & Promo Lotus Jury President, Chief Creative Officer for Hakuhodo Asia Pacific, Bangkok Woon Hoh commented, “The Grande Lotus winner in Promo used one of the oldest mediums in the industry and revived it in a most interesting way. Nescafe managed to get the audience to actively participate in the radio program at 5am, a “dead hour” of the day, to persuade young people to switch from tea to coffee.”

McCann Melbourne picked up two of the six Gold Promo Lotus Awards for YMCA Victoria “YMCA Playnasium” in both the Experiential & Events and the Ambient Promotion: Large Scale categories.

The remaining four Golds in the Promo category went to:

From 127 entries in the Press category, there were eight Press Lotus trophies awarded including four Bronze, two Silver and two Gold. There was no Grande Lotus given out in this category for ADFEST 2017.

Outdoor & Press Jury President, Fadi Yaish, Regional Executive Creative Director of Impact BBDO, Dubai said “Our criteria for judging Press Lotus wasn’t just about impressive art direction but also ideas that actually work for the product or brand. This category is still the most fun to judge and the most controversial – we all started out making press campaigns, and there is a lot of pressure on the category: is it moving forward? Overall, although we awarded no Grande Lotus winner, I’m very happy with the Gold, Silver and Bronze winners.”

Gold winners for Press Lotus include:

258 entries were judged in the Outdoor category at ADFEST 2017. There were 20 Outdoor Lotus trophies awarded including 8 Bronze, 9 Silver, 2 Gold and 1 Grande.

The Grande Lotus for Outdoor went to Australia ‘s ‘Giga Selfie’ by TBWA\Hakuhodo, Tokyo in the Ambient: Large Scale category.

Outdoor & Press Jury President, Fadi Yaish, Regional Executive Creative Director of Impact BBDO, Dubai spoke for the Juries Team when he explained their choice for Grande Lotus, “We loved the scale of Giga Selfie – it’s a very mobile idea because it can move anywhere around Australia. It’s sustainable, simple, fresh and impactful. It was a big decision awarding the Grande Lotus because we are sending a message to the industry that this idea raises the bar for the category.”

The two Golds were awarded to:

“It was overwhelming judging Outdoor as we saw a lot of great work across a cross-section of categories from ambient to guerilla campaigns. As a jury, we had amazing, transparent debates and a clear agenda to make sure the best work rose to the top. I’m very proud of the outcome,” says Yaish.

There were 13 entries received for New Director Lotus including Fabulous Four this year.

Jury President of Film Craft Lotus & New Director Lotus, Corey Esse, Managing Director and Executive Producer of FINCH, Melbourne, Sydney & Auckland said, “There weren’t a lot of entries [for New Director Lotus] this year and I think moving forward it would be beneficial for production companies to think about what work they could enter. I think there’s an opportunity to showcase young directors’ work to this entire region. The exposure for the New Directors who are awarded at ADFEST this year is going to be great,”

One Silver and three Bronze New Director Lotus Awards were given out. The Silver award went to:

Film Craft & New Director Jury President, Corey Esse, Managing Director and Executive Producer of Finch, Melbourne, Sydney & Auckland states “I think ADFEST is a very special show in that the regional flavour of the work really comes into play. I think the jury members had good conversations about why something may be relevant in their market, as a judge you have to listen and take on those cultural sensitivities so you then look at the work differently.”

The four Gold Lotus Awards were given to:

Script entries to Fabulous Four must be from directors or assistant directors with less than two years’ experience based in Asia and the Pacific, including Australia, New Zealand, and Middle East and their submission must be one of their first seven pieces of work.

The Fabulous Four finalists were selected from submitted scripts and are all based in Tokyo this year.
Naoya Yamaguchi from Hat Inc., Tokyo was awarded a Commendation for ADFEST 2017 “The Dolls with Attitude”.

The other three finalists were Kai Oe, Director from Geek Pictures, Tokyo; Yoshikaze Kenezawa, Assistant Director from Dentsu Creative X Inc., Tokyo and Miyuki Akimoto, Director from AOi Pro Inc., Tokyo.
Scripts are judged and four short films are selected to go into production to debut at ADFEST 2017 in front of its delegate audience. This year reflected the theme for ADFEST 2017, “20 Years of Diversity”.

Conceptually, the team took inspiration from the lotus flower, which begins life as a humble seed but blossoms into something very special. Eight trophies form a full circle of petals, and the circles can be layered to create a complete flower.

The design was selected from 40 different entries submitted to ADFEST in a competition held last year.
Vinit Suraphongchai, Chairman of ADFEST, says, “The trophy’s symbolism is ideal for ADFEST. Not only is the lotus our logo identity, but the lotus flower is so deeply rooted in this region’s culture.”

Meanwhile the diverse creative speaker sessions continue for a full day at PEACH, Royal Cliff Hotels Group in Pattaya, Thailand. For a full timetable of seminars is available on the ADFEST APP and official event website www.ADFEST.com

Access ADFEST Connect online at www.adfest.com/adfest_connect.php or through the ADFEST App (iOS, Android).