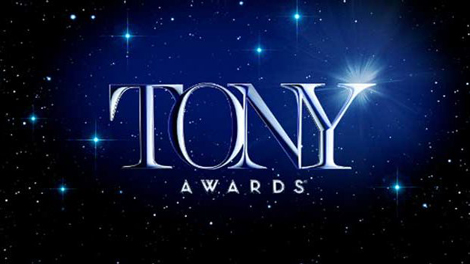 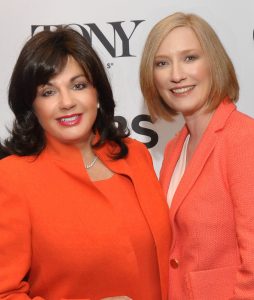 For the past century The Broadway League and the American Theatre Wing have supported the growth of theatre across America. Their commitment to fostering awareness of the theatre industry and their co-sponsorship of the Tony Awards, theatre’s highest honor, make them deserving recipients of this distinguished award.

These two revered New York City-based organizations will be honored with the New York Festivals Lifetime Achievement Award on Thursday, May 17th at NYF’s 2018 New York Show℠ for their impressive marketing and creative communications efforts in support of theatre and actors in the United States.

“The American Theatre Wing has been serving the New York and national communities for one hundred years, having been founded by seven suffragettes as The Stage Women’s War Relief as the country was entering into World War I. Since then, the organization has focused on breaking down barriers, developing the next generation of theatre artists, and giving back to the community. As the founders and co-presenters of the Tony Awards, we are delighted that New York Festivals® International Advertising Awards® are recognizing us with the Lifetime Achievement Award,” said Heather Hitchens, President & CEO of the American Theatre Wing. “Beyond the Tony Awards telecast and the Broadway season which reaches millions of people across the globe, the Wing provides a lifeline and leg-up to thousands of next generation theatre makers through grant programs such as the Jonathan Larson® Grants, Andrew Lloyd Webber Initiative, and others. Additionally, through the National Theatre Company Grants and our Emmy-nominated documentary series ‘Working in the Theatre,’ we help to expand the visibility of and access to theatre all around the country.”

“Broadway is the longest street in America has never been more true. Our audiences around the country and the globe continue to make Broadway the form of live entertainment that continues to grow. It’s such an honor to be recognized by New York Festivals® with the International Advertising Award.  Like the advertising world, Broadway’s creativity goes beyond the stage, not just in Times Square but across the country and the world. Our job at The Broadway League is to increase that awareness and grow audiences,” said Charlotte St. Martin, President of the Broadway League. “It’s no wonder that for the past three seasons we have seen attendance top 13 million in NYC and almost 30 million nationwide. Between 85-90% of all seats are filled on Broadway on an annual basis. In addition to bringing Broadway to television and the internet globally through the Tony Awards, we welcome and nurture the new generation of talent and audience through programs like The Jimmy Awards and Broadway Bridges which encourage young people to take part on-stage, in the audience and behind the scenes. We are so proud to be in the company of so many creative organizations that have received this award in the past.” 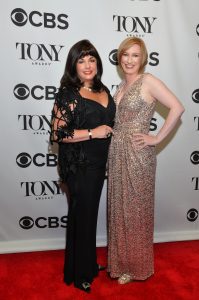 NYF’s Lifetime Achievement Award recognizes prominent industry leaders and organizations whose accomplishments and excellent contributions have advanced the field of advertising, marketing and creative communications and made a lasting impression on the creative community.

American Theatre Wing (ATW) invests in brave work, supports creative growth, and celebrates excellence to bring diverse stories to our national culture through theatre. Founded in 1917 on the eve of America’s entry into World War I by seven suffragettes, American Theatre Wing has spent a century using theatre to advance human experience, empathy and cultural growth. ATW provide grants and scholarships, connects talent at all stages with educational and professional opportunities, and creates content that illuminates and preserves theatre. The Wing nurtures and supports creative talent through creative competitions including the Obie Awards for off Broadway (co-presented with the Village Voice), the Hewes Design Awards, honoring the artists who create scenographic magic on New York City stages, bringing shows to life and culminating with the pinnacle acknowledgment in Broadway, the Tony Awards.

The Broadway League, founded in 1930, is a full-service national trade association for the Broadway industry in New York and across North America dedicated to fostering increased interest in Broadway theatre and supporting the creation of profitable theatrical productions. With a membership of 700+ theatre owners, operators, producers, presenter and general managers in nearly 200 markets, the League members bring Broadway to nearly 30 million people in New York and on tour across the U.S. and Canada. The Broadway League annually presents the Jimmy® Awards, celebrating the best high school musical talent, and the Antoinette Perry “Tony” Awards®, one of the most coveted awards in the entertainment industry.

All press inquiries are welcome and should be directed to Gayle Mandel: Gayle.Mandel@NewYorkFestivals.com.  Ph: 1 212 643 4800