How Amazon innovates in ways that Google and Apple can’t 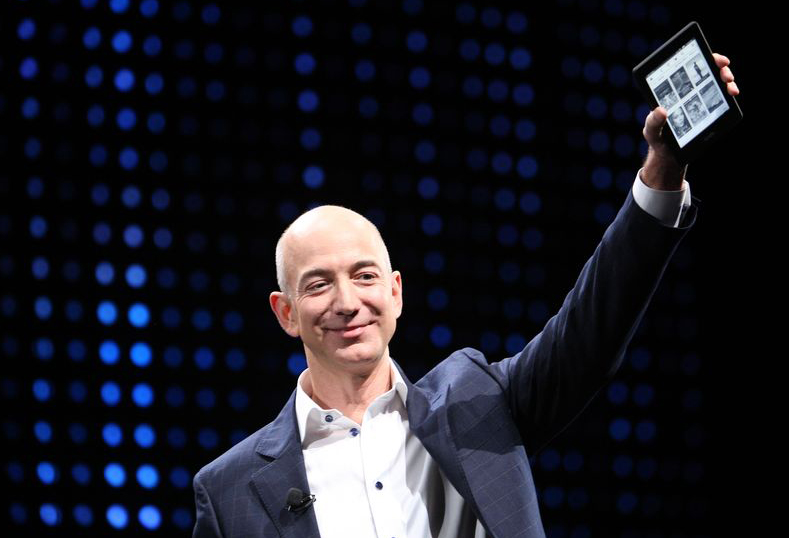 Where technology and economics collide

The Echo, Amazon’s voice-controlled speaker, was a big hit this holiday season. Amazon is keeping specific sales figures under wraps, but the company says it sold nine times as many Echo devices during the holidays as it did a year earlier.

It’s the latest example of Amazon pioneering a new product category and then going on to dominate it. Amazon has become the leader in the e-book market on the strength of its Kindle line of e-readers. And it dominates an important segment of the cloud computing market; Amazon Web Services is expected to generate $12 billion in revenue this year.

Next year, Amazon is hoping to start doing something similar for brick-and-mortar retailing. The company recently unveiled Amazon Go, a convenience store whose no-checkout technology could revolutionize the retail sector.

In short, Amazon has shown a remarkable ability to succeed in a wide variety of different product categories. That’s a contrast to most other high-profile tech companies that are really good in one area — Google’s dominant online services or Apple’s extraordinarily profitable hardware — but struggle when the quest for growth pushes them outside their zone of core competency.

“There’s an opportunity to do innovation in big companies,” says author and startup guru Eric Ries. “But very few big companies have done this really well. Amazon is one of them.”

Amazon has figured out how to combine the entrepreneurial culture of a small company with the financial resources of a large one. And that allows it tackle problems most other companies can’t.

Most tech companies struggle outside their comfort zones

Google created or acquired a remarkable string of hit products during the 2000s, including Gmail, Google Maps, Google Docs, YouTube, Android, and Chrome. These products have a lot in common. Most are online services like Google’s original search engine. The two major exceptions — Android and Chrome — are software that help people access Google’s online services.

During the 2010s, Google has gotten more ambitious, funding a series of “moonshots” that aim to solve big technology problems far removed from the company’s traditional focus on online services. Indeed, Google co-founders Larry Page and Sergey Brin felt so strongly about this mission that they re-organized Google itself, creating a new parent company called Alphabet to serve as an umbrella for moonshot projects.

But so far, Google has had little to show for these efforts. Google Glass was a flop. The company has developed some impressive self-driving technology over the past six years but has still not turned it into a commercial product. Google bought Nest in 2014, but the company has struggled to expand beyond smart thermostats. Google acquired some robotics startups in 2014, but hasn’t figured out what to do with them and wound up putting one up for sale.

One of the big problems here seems to be that Page and company are a little too focused on solving hard technical problems. Creating a new computer platform around a pair of glasses is a hard and interesting technical challenge, for example. But it was never clear that solving it would produce to a viable product.

Similarly, robotics is an important area of computer science research. But it was never clear what Google was going to do with a menagerie of robot startups. The thinking seemed to be that Google would acquire the best talent first and come up with a plan to make money later.

Of course, it’s possible that Google’s self-driving car project or one of the other moonshots will produce a spectacular business success that will justify the costs of the other failures. But so far, at least, Google’s efforts to branch out into markets other than online services haven’t borne much fruit.

Bezos has worked to create a culture at Amazon that’s hospitable to experimentation.

“I know examples where a random Amazon engineer mentions ‘Hey I read about an idea in a blog post, we should do that,’” Eric Ries says. “The next thing he knows, the engineer is being asked to pitch it to the executive committee. Jeff Bezos decides on the spot.”

A key factor in making this work, Ries says, is that experiments start small and grow over time. At a normal company, when the CEO endorses an idea, it becomes a focus for the whole company, which is a recipe for wasting a lot of resources on ideas that don’t pan out. In contrast, Amazon creates a small team to experiment with the idea and find out if it’s viable. Bezos famously instituted the “two-pizza team” rule, which says that teams should be small enough to be fed with two pizzas.

Ries says that new teams get limited funding and clear milestones; if a team succeeds in smaller challenges, it’s given more resources and a larger challenge to tackle.

But Amazon doesn’t spend too much time on internal testing. “They prioritize launching early over everything else,” one engineer wrote in an epic 2011 rant comparing Amazon’s culture to other technology companies. Launching early with what Ries has dubbed a “minimum viable product” allows Amazon to learn as quickly as possible whether an idea that sounds good on paper is actually a good idea in the real world.

Of course, this method isn’t foolproof; Amazon has had plenty of failures, like its disastrous foray into the smartphone market. But by getting a product into the hands of paying customers as quickly as possible and taking their feedback seriously, Amazon avoids wasting years working on products that don’t serve the needs of real customers.

This seems to be the approach Amazon is taking with Amazon Go, its new convenience store concept. It’s a technology that could work in many different types of retail stores, but Amazon’s initial approach is modest: a single, relatively small convenience store. Media reports suggest that Amazon plans to open 2,000 retail stores, but the company disputesthis. The Amazon way, after all, isn’t to open one store because there’s a plan for 2,000. It’s to open one store and then open thousands more if the first one is a big success.

In the abstract this approach — minimize bureaucracy, start out with small experiments, expand them if they’re successful — sounds so good that it’s almost banal. But it’s surprisingly difficult for big companies to do this, especially when they’re entering new markets.

Over time, big companies develop cultures and processes optimized for the market where they had their original success. Companies have a natural tendency to establish uniform standards across the enterprise. When I spent a summer as an engineering intern at Google in 2010, much of my time was spent learning how to use the company’s powerful suite of proprietary software tools. Google employees are expected to use these tools across a wide variety of projects. That approach works great when it’s creating a new online service that’s similar to early hits like search or Gmail. But the tools can become a hindrance if a Google team is trying to build something that’s very different from a search engine.

You can make a similar point about Apple. The company is famous for its elegant user interface, a reflection of the central role of designers — rather than engineers or project managers — in the company’s development process. That’s a good way to develop user-friendly gadgets like the iPhone or Apple Watch, but it doesn’t necessarily work well for other product categories. Apple struggled for years to make its iCloud service (and predecessors like .Mac and MobileMe) reliable.

In contrast, Jeff Bezos has been fanatical about letting teams operate independently of one another. “It doesn’t matter what technology” teams use at Amazon, one of the company’s former engineers wrote in 2011. Bezos has explicitly discouraged the kind of standardization you see at companies like Google and Apple, encouraging teams to operate independently using whatever technology makes the most sense.

Bezos has worked hard to make Amazon a modular, flexible organization with a minimum of company-wide policies. That has made Amazon’s internal culture somewhat chaotic and balkanized. An engineer on one Amazon project can’t easily jump to another the way they can at Google or Apple. Friction between teams with different cultures may explain why some people find Amazon a stressful place to work.

But this chaotic culture is also hospitable to innovation. A new team can use the tools and processes that make the most sense instead of feeling pressure to conform to company-wide standards.

Amazon is well positioned for the next decade of innovation

The reason Amazon’s organizational choices are significant is that there are a lot of opportunities for big companies that can emulate the best characteristics of a startup.

Amazon Go is a good example. It’s hard to imagine a small startup pulling this off. The technology that makes the store work — using cameras and other sensors to track a customer’s every step and instantly detect when he takes an item off a shelf — is a sophisticated feat of computer science that undoubtedly cost millions of dollars to develop. To recoup those investments, Amazon is going to have to spend years — and millions more — opening stores in an industry not known for its fat profit margins. That requires the kind of deep pockets and longtime horizons that startups rarely have.

Back in the 1990s and early 2000s, the high-tech frontier was on the web. Scaling a website from hundreds of users to millions is technically challenging, but it doesn’t necessarily require a huge team or a ton of physical infrastructure. That’s why companies like Google and Facebook grew from nothing to billion-dollar companies.

In contrast, the next generation of innovations is likely to be more tied to the physical world and to conventional industries: apartment sharing, self-driving cars, retail stores, health care innovations, and so forth.

Google, Uber, Tesla, and conventional car companies are all working on self-driving technology. To succeed in this market, companies are going to have to bring together software, hardware, sophisticated maps, and a strategy for navigating complex regulatory issues — a combination that could be too difficult for an independent startup to manage.

Amazon and Google are both working on drone delivery technology, which has a similar mix of hardware, software, and regulatory challenges. The companies’ existing financial, technical, and lobbying infrastructure will give them a big leg up in these markets.

One way to deal with the conundrum is for big tech companies to acquire startups early in their growth. That allows a startup’s innovations to be combined with the resources of a big company. Uber acquired the self-driving truck startup Otto less than a year after it was founded. GM paid a billion dollars for the self-driving car startup Cruise in March.

But acquiring fast-growing startups is a very expensive way for a big company like Google or Uber to stay on the cutting edge. And in many cases, this strategy doesn’t even work. Google’s $2 billion acquisition of Nest was supposed to accelerate the company’s growth, but instead the company has struggled under the Alphabet umbrella.